The focus in Benyamini’s lecture is on seminar 3, 1956-1956 “The Psychoses” in which Lacan voiced his attitude toward the Judeo-Christian tradition. In this seminar, which took place at what is commonly considered to be the beginning of Lacan’s structuralist period (the 1950s), he responded to the Biblical text “Eheye asher Eheye” (“I will be what I will be”, Exodus 3: 13-14). This phrase represents, he claimed, the divine subject from the perspective of the Biblical tradition, the big Other who was also the speaking subject. Lacan linked this unique doctrinal expression with the concept “cogito” (according to Lacan, Descartes’ phrase “I think”, elaborated in his Discourse on Method, provides the foundations of modern science). Lacan conducted this investigation in order to understand the sources of the psychoanalytic subject as a theme within the West’s Judeo-Christian tradition.

After analysis of Lacan’s discussion of “Eheye asher Eheye”, Benyamini concentrates on the discussion of the big Other as conducted in the same seminar. In this discussion, Lacan related his concept of the big Other to the perception of the divinity elaborated by the Jensenist Christian movement. This study was conducted to demonstrate the relationship between the two discussions and thereby substantiate my argument regarding the Christian attitude adopted by Lacan when exploring Judaic Biblical themes. In addition, he will try to show how Lacan identified themes related to the ethical aspects of his version of the psychoanalytic discourse within the Judeo-Christian tradition, especially the Christian anti-metaphysical treatment of that tradition. This doctrinal attitude enabled Lacan to position psychoanalysis within a cultural framework despite his ambivalence and criticism of that same framework.

Dr. Itzhak Benyamini teaches at Bar-Ilan University and at Bezalel Academy. He is editor of Resling publishing. 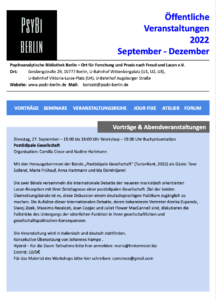 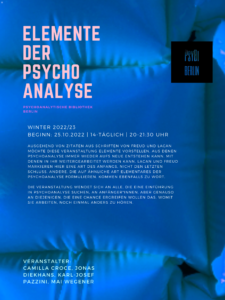